I’m right smack in the middle of a unique stretch of my journey. I’m not covering much ground, staying inside almost every night, and my “regular human being” disguise is being used more than my cycling gear. I’ve looked forward to Southern Ontario since the beginning, a more inward-focused time to connect with family and friends.

After bidding farewell to my Windsor hosts, I doubled back Eastbound on Tuesday, riding along Lake St. Clair and between corn and wheat fields with an eye on Ilderton. Stopped at a beach on Lake St. Clair, I met a couple guys barbecuing at their summer cottage. Their generosity came in layers, a “foot in door technique” if you will. First we exchanged stories, then they filled me up on water and I used their washroom. By the time I left I was far from empty-handed – a can of chili, fresh veggies, and a couple extra burger patties. As I discovered later that night, hamburger meat goes okay with spaghetti noodles and powdered Alfredo sauce!


Wednesday afternoon I hit Ilderton, greeted by the large grins of Cousin Once Removed John, Wife Robin, and Second Cousins Jay and Alistair. Thursday I enjoyed a full day of mostly flat riding, highlighted by a very nice section of the Hamilton – Brantford Rail Trail. No surprise I found a few cyclists on it, likely commuting home. 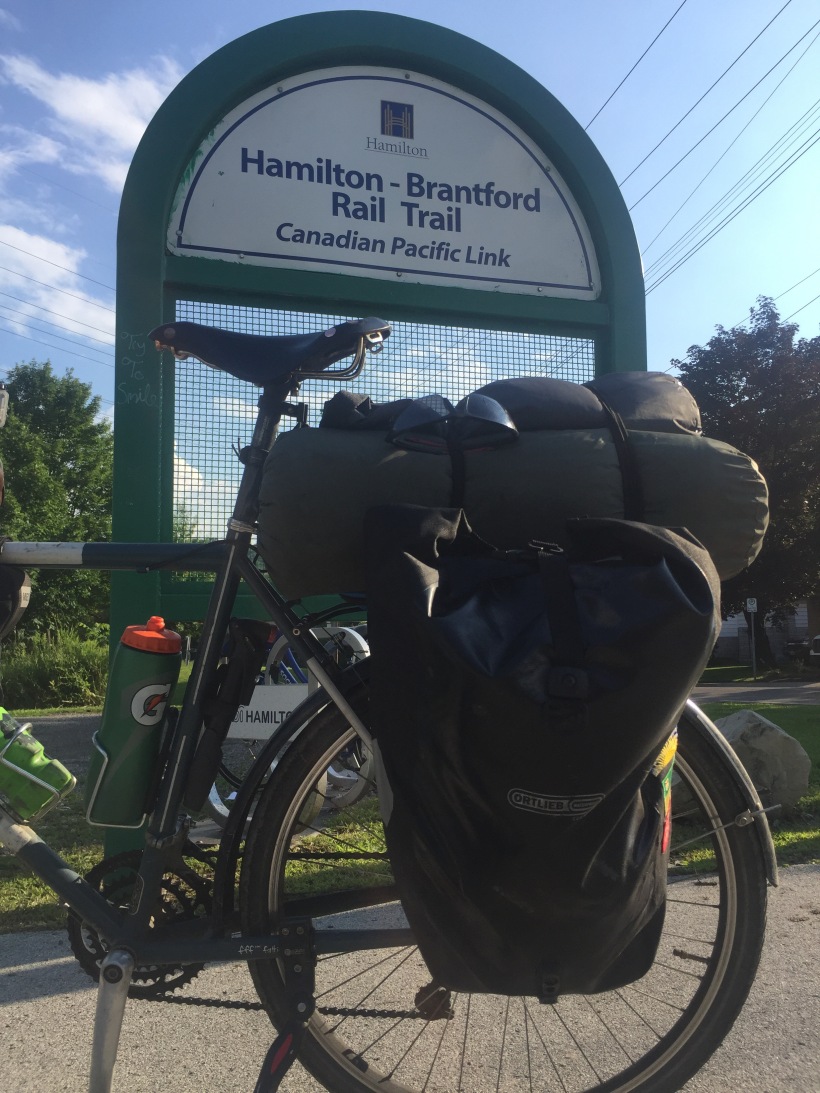 In Hamilton I stayed with Great Aunt Nina for a couple nights, also visiting lots with Cousin Once Removed Joanne and Husband Mark.
Friday Joanne and Mark took me on a big day trip to Niagara Falls and the area. 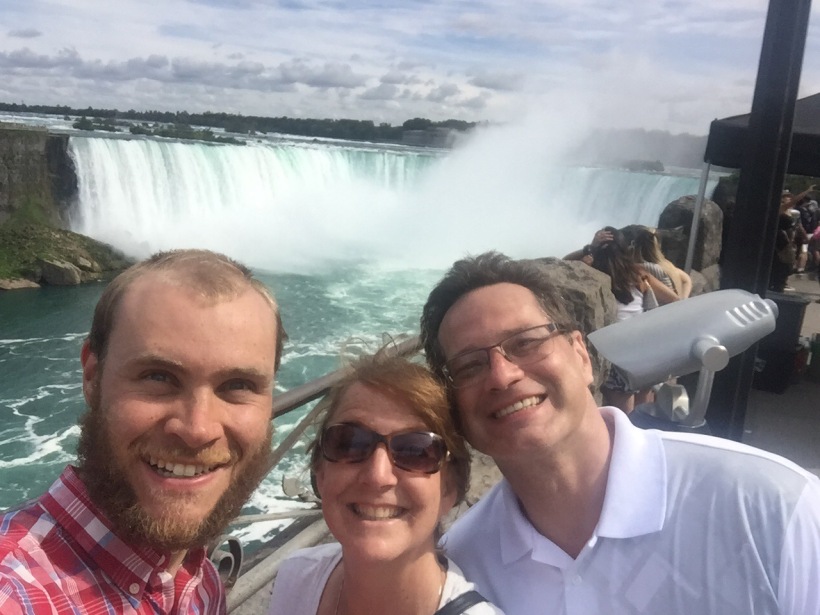 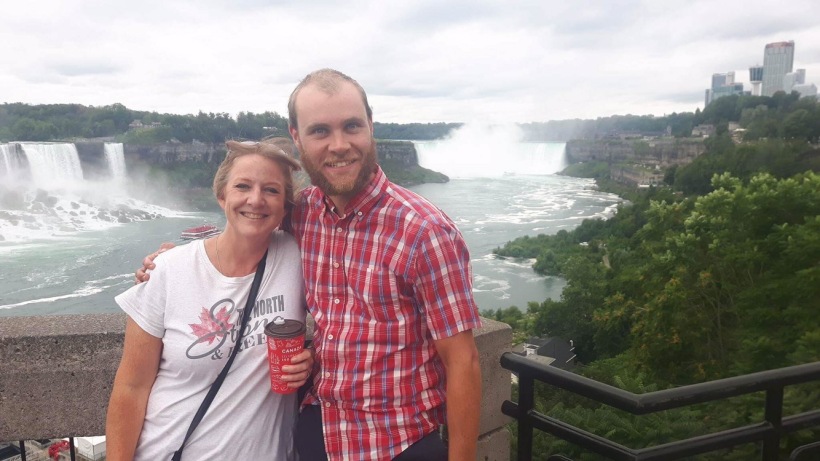 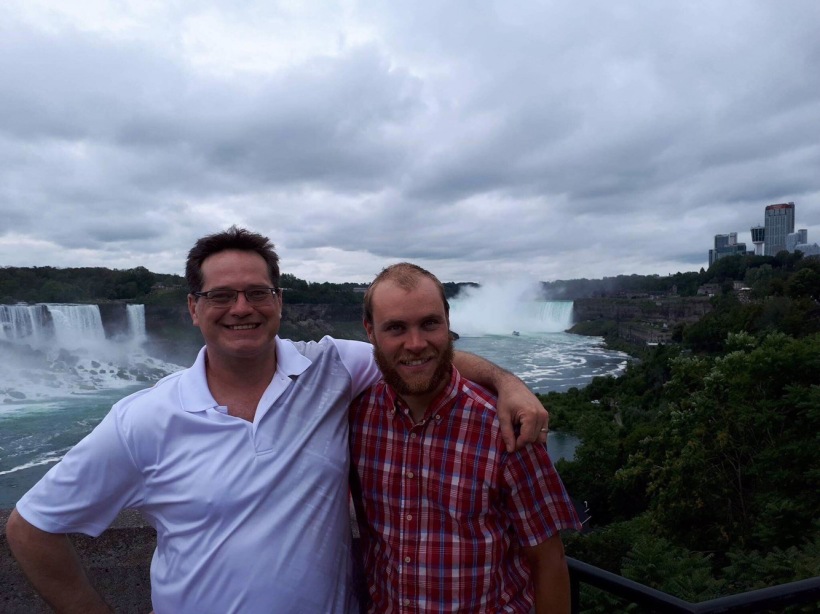 We checked out the Ripley’s Believe It Or Not Odditorium, finding some displays that were… Interesting.
And we found the Hershey’s store, featuring a five-pound chocolate bar.
Saturday I basked in a relatively short ride along Lake Ontario to Toronto. There’s a lot of people in and around Toronto! Multiple times I detoured off the road through parks and beach areas to get away from traffic, only to be challenged further by pedestrian traffic. 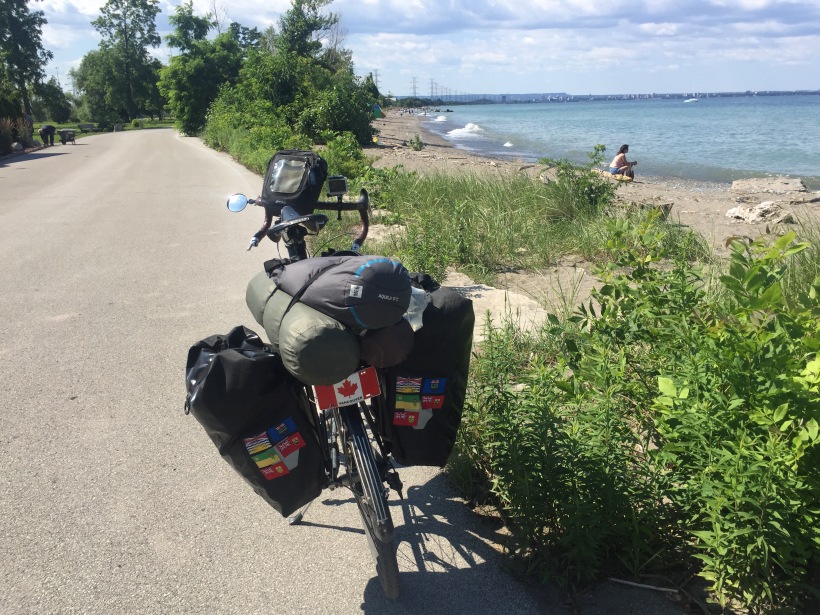 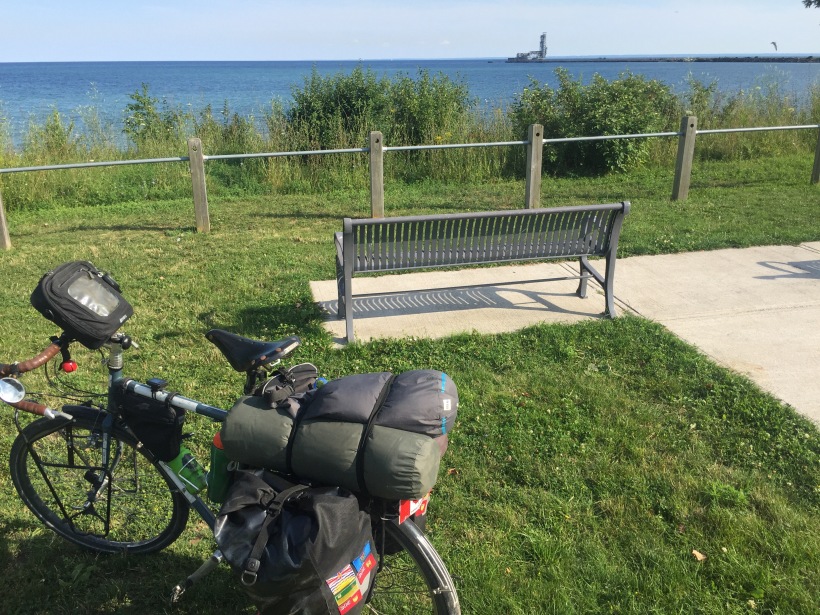 I enjoyed a mighty proteinous dinner with Cousin-In-Law Jason, my Toronto host. My Sunday featured a Jays game which looked grim until a very sudden seven run rally in the bottom of the ninth ending with a walk-off grand slam. Jays win 11-10, and the crowd goes wild! 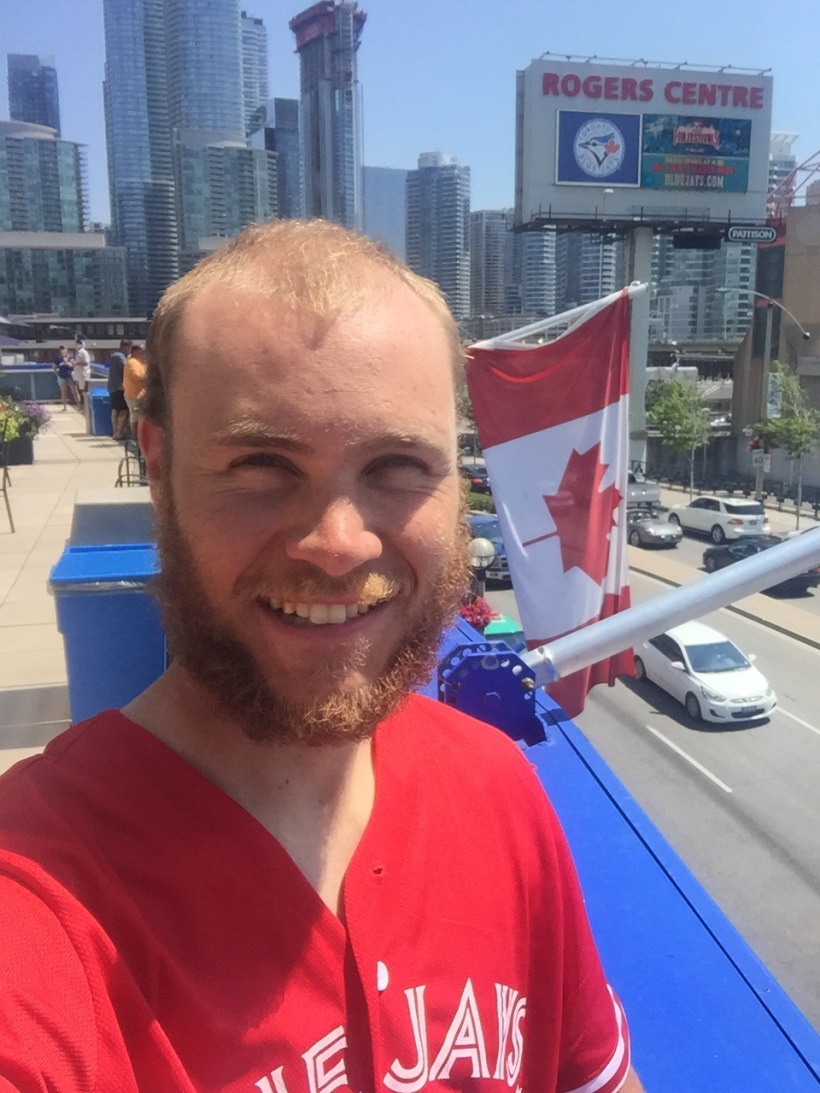 I capped off a superb Sunday by indulging in a delicious dinner with University Friends Mireille and Rafa.
So I do still remember how to do regular person activities like watch sports, socialize, and go out for dinner. What a relief!

6 thoughts on “July 25th-30th: A Slow Stretch with Plentiful People.”