Two weeks ago if you told me I would first shine my bike lights at 1pm on a bright sunny day, use my bike as a snow plow for 2km straight, and find my first Warmshowers host not through the Warmshowers website or app, I’d never believe you. All of the above are true.

A late start on May 12th after re-organizing and hitting Penticton’s Canadian Tire for multi-fuel, Canadian flags to decorate, and a water filter took me just next door to Naramata via – you guessed it, the KVR Trail.

While the steady and winding 2-3% uphill knocked about 5kph off my usual speed, it provided stunning views of Penticton, Summerland, and the Okanagan and Skaha Lakes.

May 13th saw me continue through some long, deep puddles near Chute Lake.

Once again, donning the shoe covers without smelling a single drop of rain… 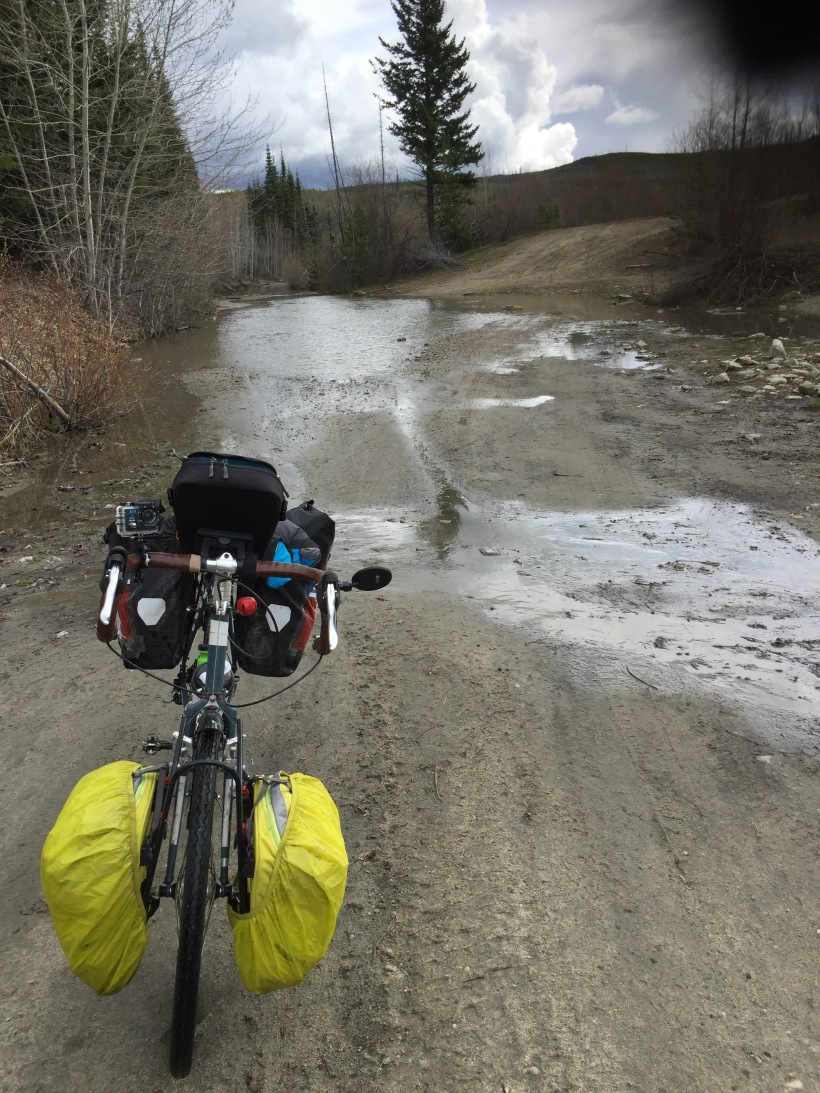 Those puddles sure weren’t watered down.

My reward was reaching Myra Canyon, a barrage of trestles, bridges, and tunnels and views of Kelowna. 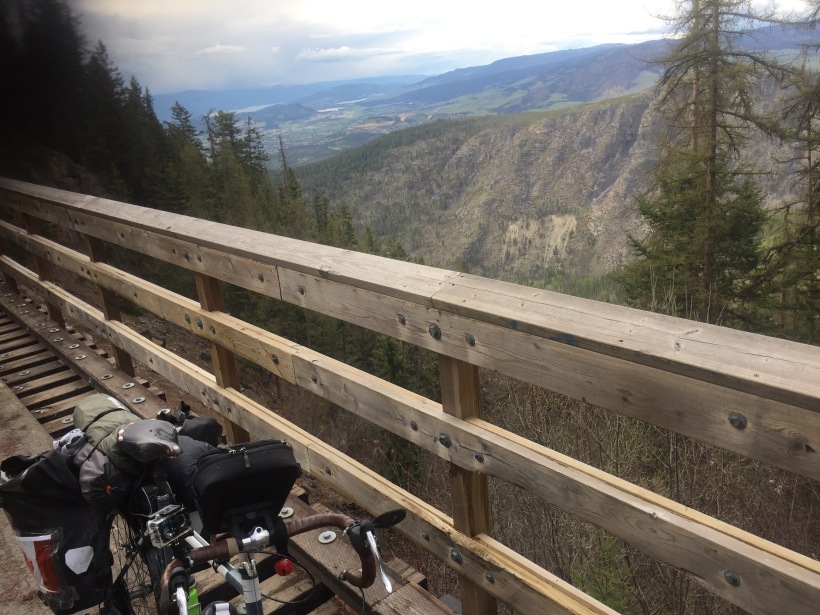 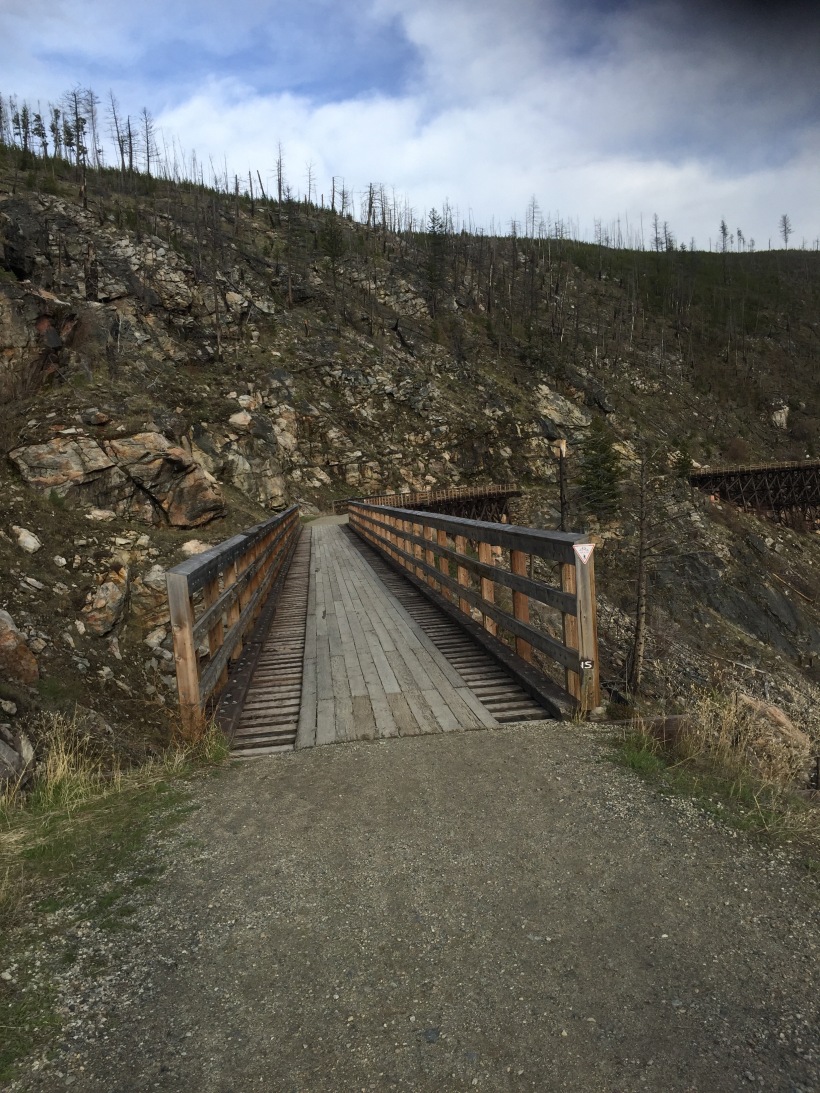 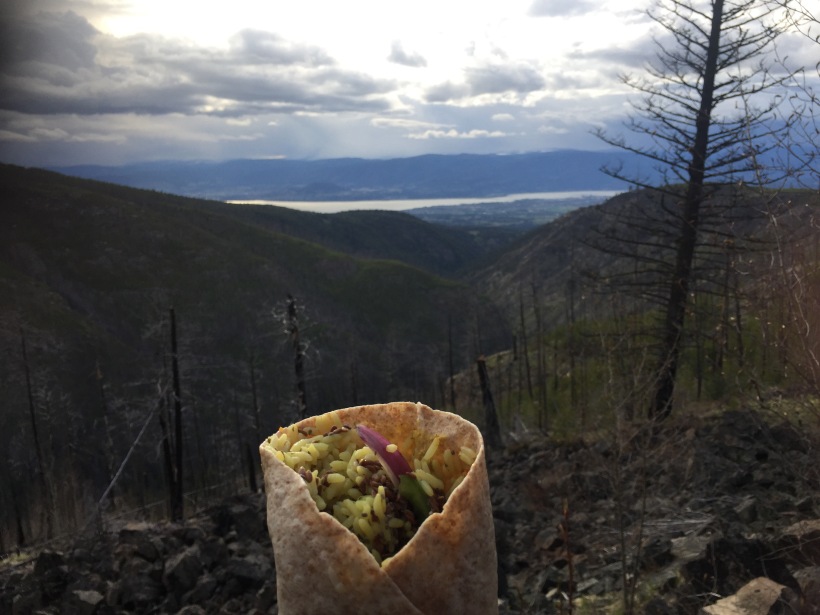 The next morning I awoke startled by what I thought was the unzipping of my tent zipper. After investigating I was relieved to correct my suspicion, as the similar sound was actually a large block of snow sliding down the side of my tent! 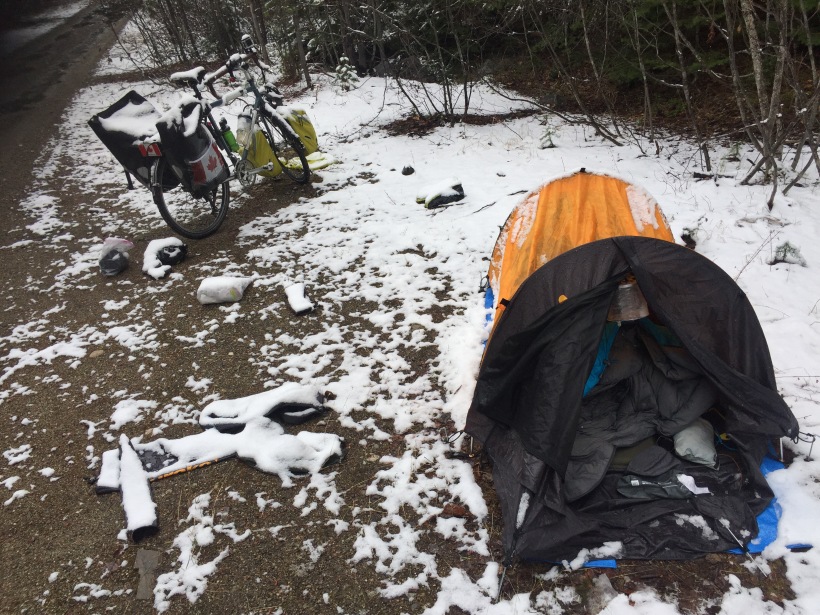 I awoke to white the surprise.

About an inch of snow had fallen overnight, just East of Myra Canyon near the highest elevation of the whole KVR! No biggie though, nothing I couldn’t pedal through… 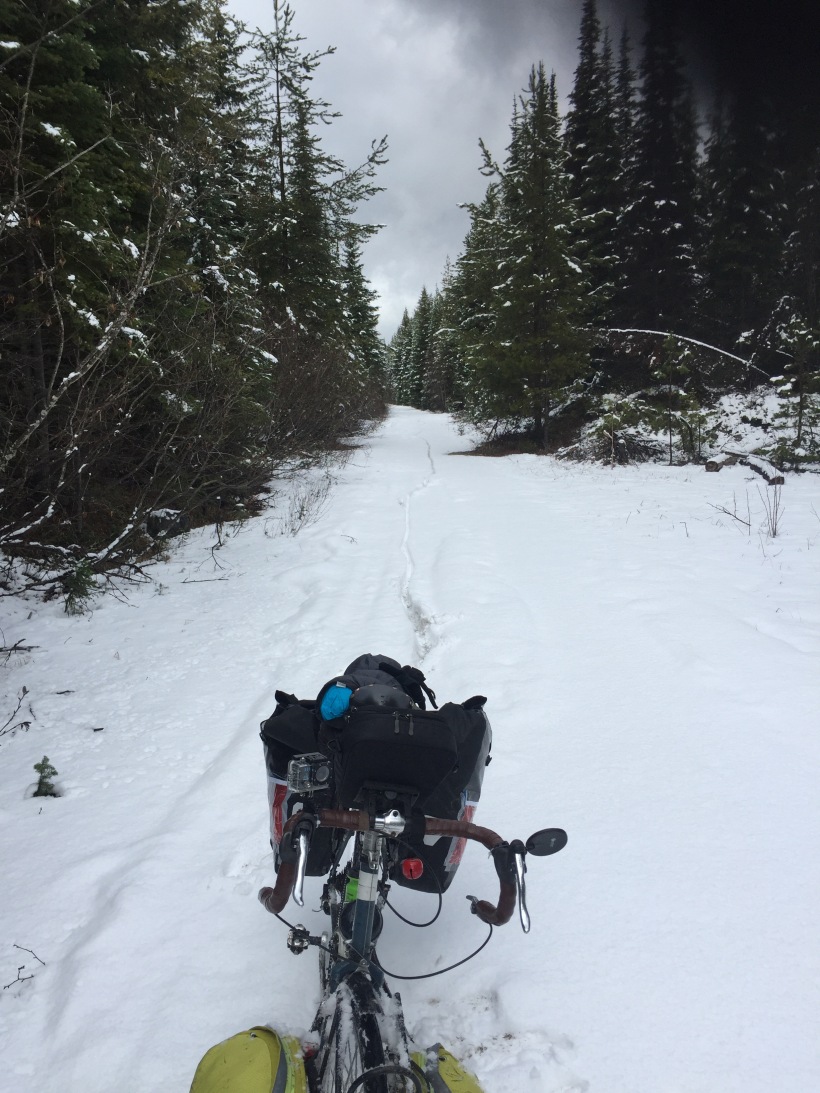 A single bicycle track in the fresh snow.

That made for a cold morning of cycling (see what I did there?) through 3 pairs of dry-become-wet socks – my shoes were still wet from wading through puddles the previous day. When the KVR met the Kelowna-Rock Creek Highway, I gladly accepted its offer of pavement over the muddy and partly snow-covered KVR I’d experienced that morning.

This took me to near Westbridge, where I hopped back on the familiar grassy KVR trail to set up camp along the Kettle River – and did not awaken to snow!

Back to the familiar trail. 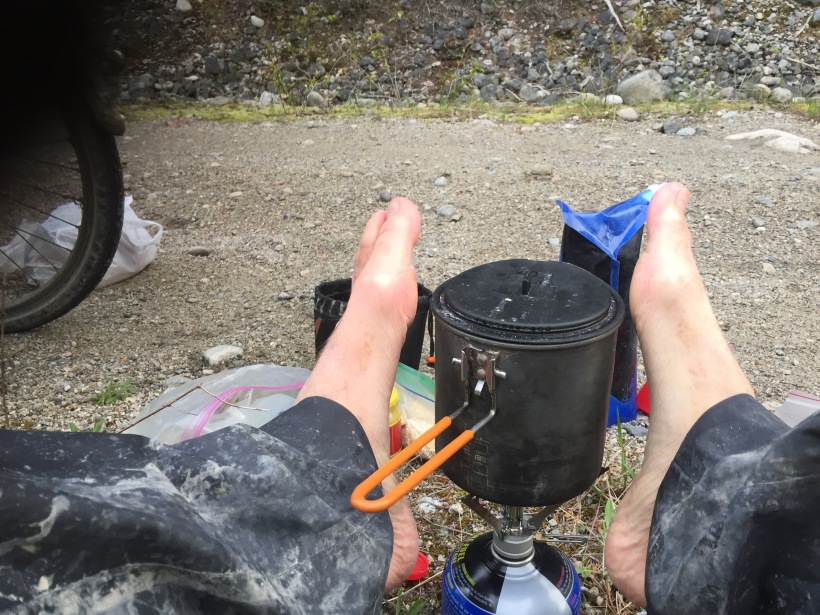 Multi-tasking: cooking dinner and warming the feet at the same time!

Upon arriving in Rock Creek on May 15th, I called a trails hotline I’d seen on a bulletin board to check KVR conditions between there and Grand Forks. And that’s how I met my first ever Warmshowers host. In case you’re not familiar with warmshowers, it’s a world-wide network connecting cycle tourists with hosts. Ciel is the trails coordinator for South Okanagan, is heavily involved with Trails BC among other organizations, and was very glad to give me the run-down on trail conditions, eventually explaining she’s a warmshowers host and offering me an overnight stay in Greenwood!

So a shorter cycling day took me into into Midway by midday, featuring the KVR’s “Mile 0” and the Kettle Valley museum. 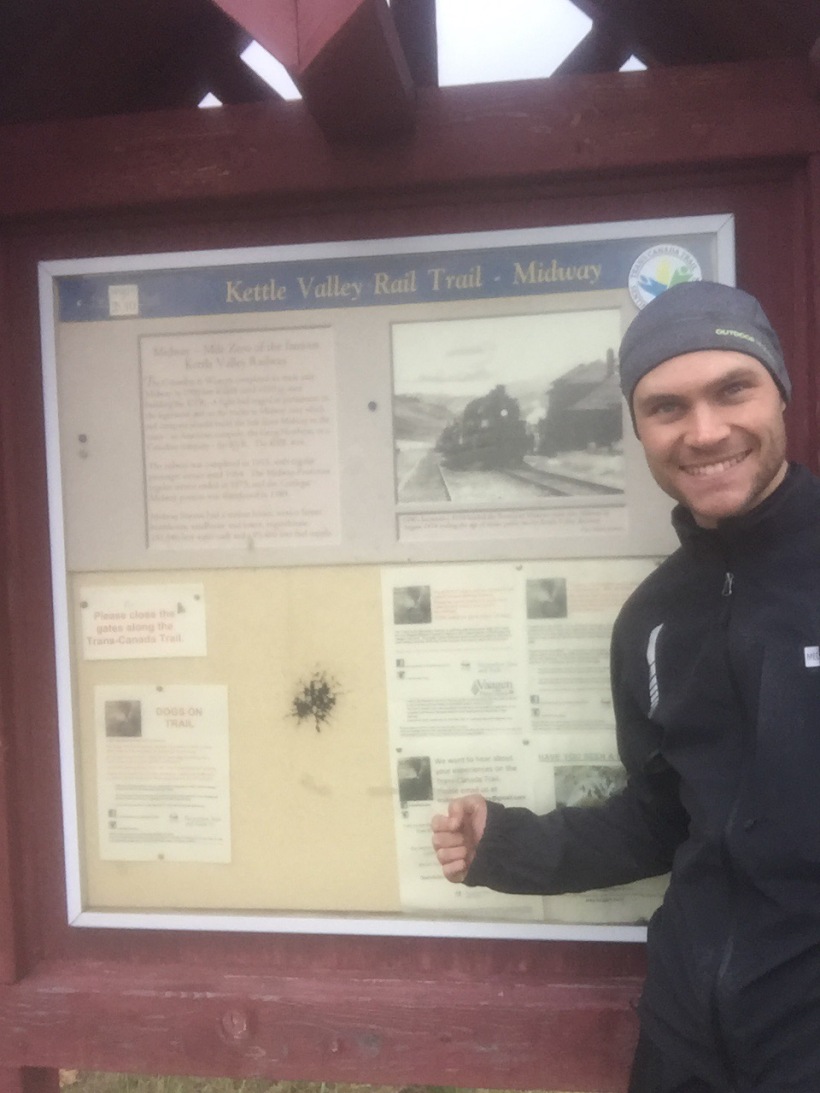 Made it to Midway! 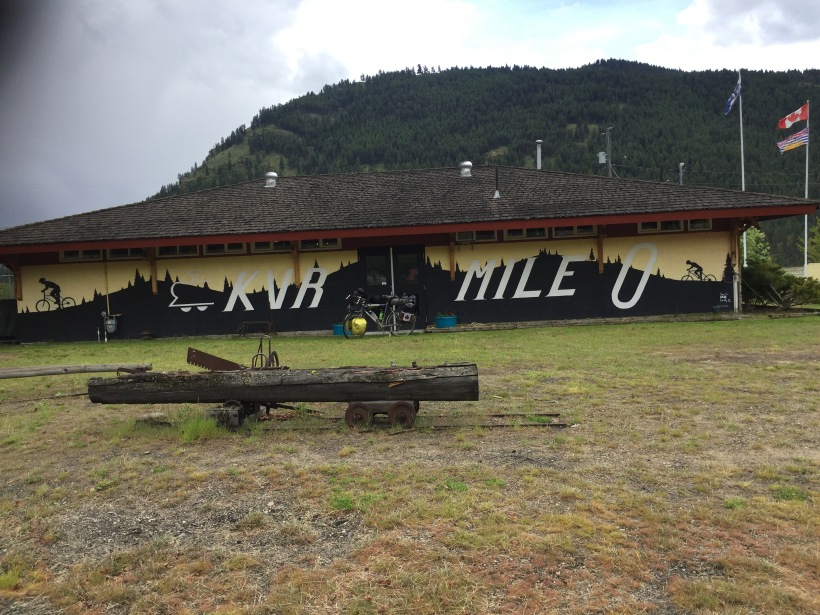 After a lazy afternoon grocery shopping and resting in Midway, I continued another 17km to arrive at Ciel’s welcoming home. Many more tips for my road ahead and conversation about cycle touring flowed over Spaghetti and Greek salad dinner. I’ve met a few people whose kindness is above and beyond the call of duty, and Ciel sure is one! 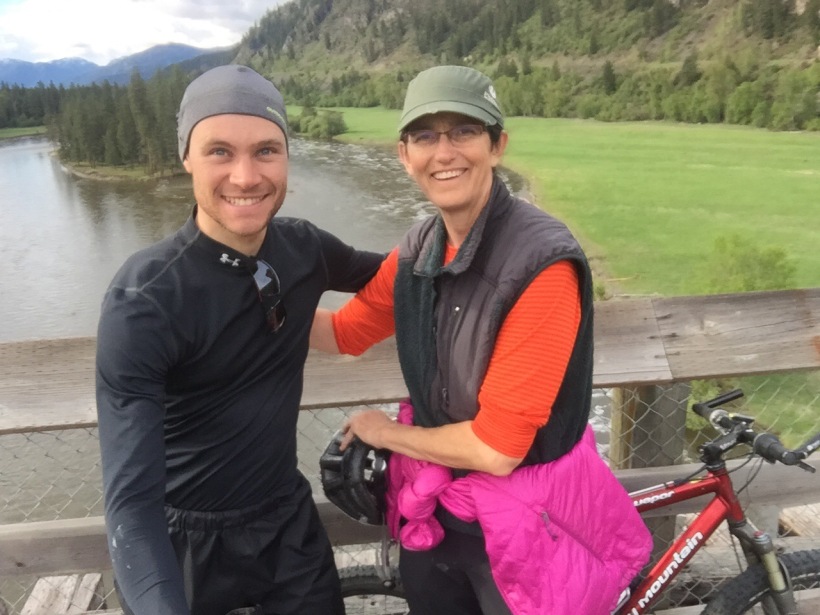 Found Ciel doing some work on the trail as I rode by just past Grand Forks!

More “rail trail” is ahead: the Columbia and Western Trail, which connects Midway to Castlegar! 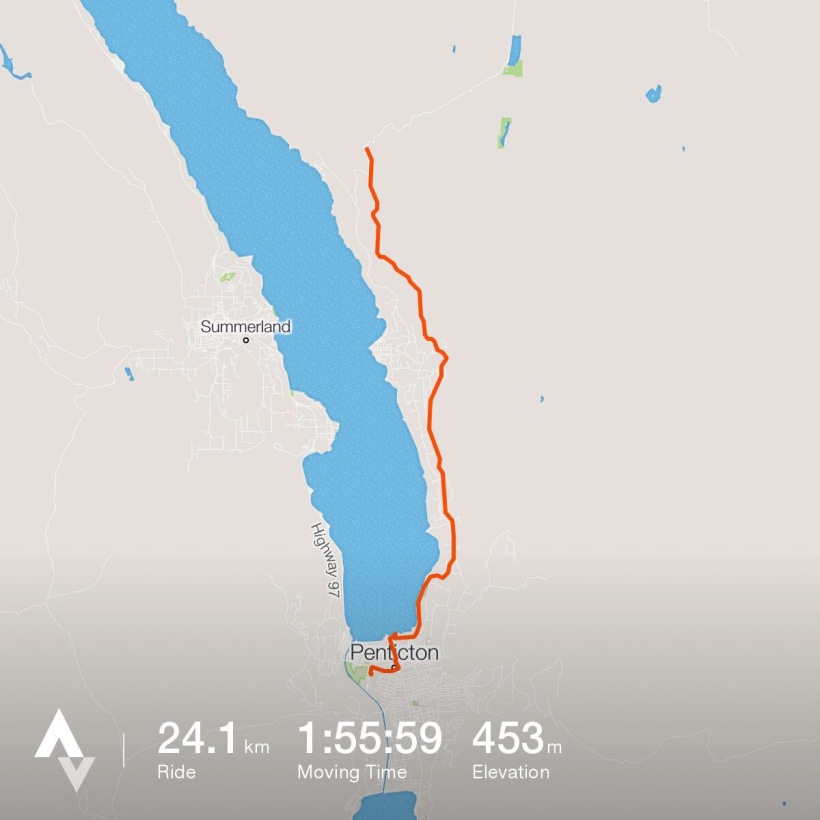